Apple Music has a very organized way of presenting its content. You can access songs that are recommended to you, but you can also explore the songs of a particular artist. By doing so, you may stumble upon their album. In the album, you can find all their songs and other works.

If you liked the artist’s style, the tendency is that you’ll ask yourself, “Can you download albums on Apple Music?” Sorry to say, but a lot of users have already asked that question before, and even they didn’t get a concrete answer, but that would be different this time.

This article will answer that question and provide you with the steps to download albums on the platform. Let’s begin by finding out more about Apple Music.

Apple Music has a lot to offer, which makes the idea of downloading albums plausible. However, before you head to that rabbit hole, you must first have a deep understanding of the Apple Music platform, hence the question.

Apple Music is considered as most popular music-streaming service right now. Technically, this is true as they have the highest number of subscribers. In contrast to its age, this kind of achievement is fascinating, mainly because Apple Music was only released in 2015. Considering its many features, it’s quite believable.

The Apple Music platform provides a great and organized interface. You can go look for the music in the Discover section. If you’re not in the mood, Apple Music does it for you by recommending you music that suits your taste. You can also access different kinds of content such as podcasts, radio stations, and even videos. The bad news is, you can’t just use Apple Music, download all songs in library, and this is because of FairPlay DRM.

How does DRM work?

FairPlay is a DRM algorithm that was created by Apple. This technology was made in hopes of maximizing their profits by eliminating the possibility of illegally distributing their content. While it hasn’t completely wiped out that possibility, it has greatly helped content creators to maximize their earnings as well.

However, while it helped a lot of content creators, it does the opposite to users. Music lovers have to pay or subscribe to get music, which is bad enough. What’s worse is that unless you purchase the songs individually, the term “Apple Music download free” is not true.

While it may be a bit costly or difficult, you can download albums from the Apple Music platform, but it doesn’t work exactly as expected. You have to download the songs included in that album individually, and not at once. Either way, if you’re ready, you can proceed to the next section.

Part 2. How Do I Get New Albums on Apple Music?

#1. On iOS or Android Device

As long as you have an iOS or Android device, it’s possible to download music from Apple Music, given that you’re a subscriber. Here are the steps you need to follow: 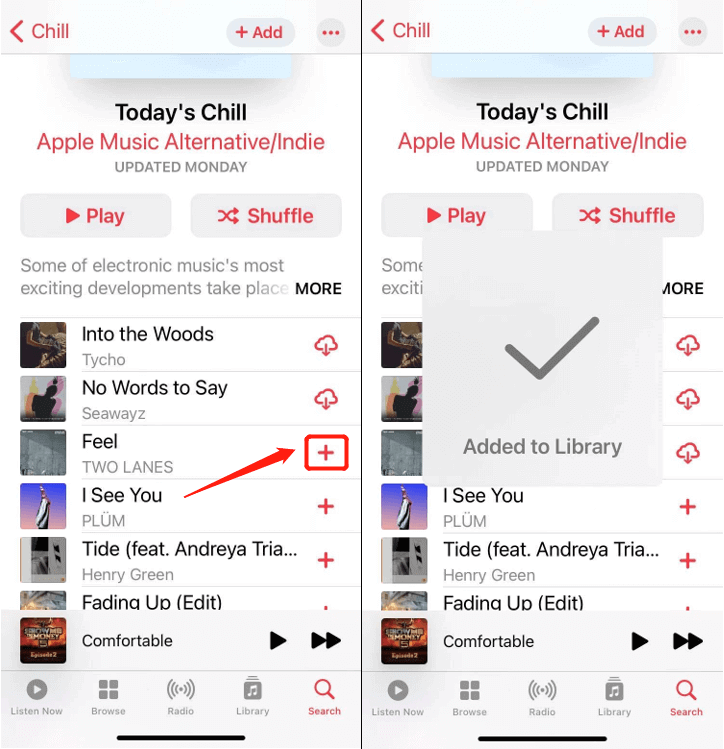 It may take a while, but you will eventually obtain an album for yourself at the end of this. However, if you have multiple devices, you can’t afford to do it again, which is why there is a sync function on Apple Music.

Go to Settings and then heed to Music. Look for Sync Library and turn it on by switching the toggle. This will make a copy of your library to all your devices connected to the same Apple ID. This will save you the trouble of doing the previously mentioned six steps on all your devices. 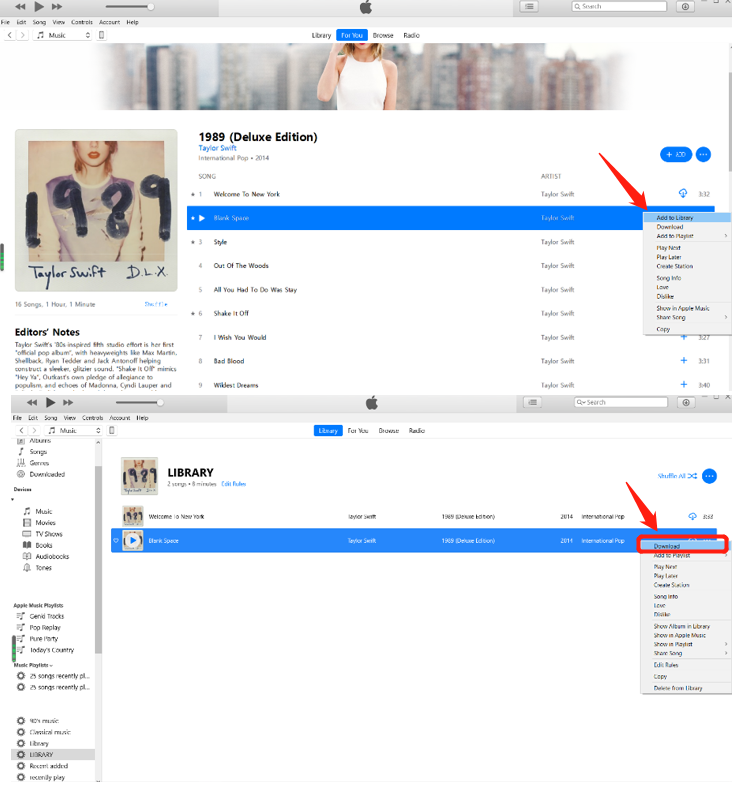 With this, you have finally learned how to restore Apple Music library. That should explain everything you need to know about the question, “Can you download albums on Apple Music?” However, I will provide you with an alternative which I think you’ll be tempted to use in the future.

Part 3. How to Download Albums on Apple Music Forever for Offline Listening?

Can you download albums on Apple Music? Definitely! But can you do it quickly? Unfortunately, with the aforementioned methods, it will take a while, but not if you use TuneSolo Apple Music Converter, a tool designed to download songs from Apple Music without restrictions. To learn more about this software, check out its features:

Can you download albums on Apple Music using TuneSolo Apple Music Converter? Sure you can, as long as you follow these steps:

Your first step is to check if iTunes is installed on your computer. If yes, then proceed to open the TuneSolo software. You will then see a list of titles. Select the songs that you want to download.

Under the long list, there will be the Output Settings. In this section, you can change the properties of the output such as the format, codec, quality, and the likes.

Now that you’ve selected the songs from the album and set the configurations, it’s time to click Convert. This will start the whole process. Just wait until the process is over.

Nowadays, you can’t just be content with one song, even if it’s your favorite. You will grow tired of it soon enough, so it’s important to have a collection. Simply put, you need to download not a single song, but an album.

This article has shown you everything there is to know about the question, “Can you download albums on Apple Music?” and even showed you a great tip at the end. I expect that you can also use such knowledge on other things.

Best Way on How to Unprotect iTunes Songs for FREE