Apple Music, in essence, is a music-streaming platform, but that’s not all there is to this platform. There are other elements worth noting that testifies to the utility of Apple Music. Unfortunately, not many users know much about the platform.

In order to make full use of this platform, you have to know the answers to these questions, and that’s what this article is all about – to teach you what Apple Music is and how it works in a simplified manner. Let’s start with defining what the Apple Music app is.

Part 1. What is Apple Music?

A lot of things are not known by users regarding Apple Music, from its history to its limitations. That’s why we will start this guide by talking more about Apple Music, starting with the basics.

Apple Music is a music-streaming service. We all know that much, but note that it has only been around for over 5 years, so it’s quite shocking how it became extremely popular despite being around for that short of a time.

It’s also a known fact that Apple Music was the result of Apple buying the Beats platform and turning it into what we use now, Apple Music. 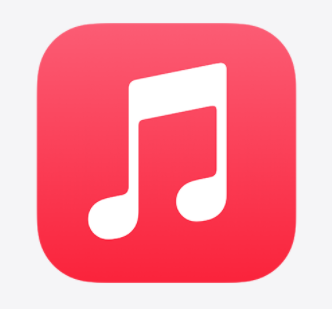 Numerous plans are available for Apple Music users. But before that, I should mention that you can enjoy their services free for the first three months. Beyond that, you will have to pay according to the subscription plan you choose. Here’s a closer look at these plans:

Note: You can have a discount if you pay annually instead. This applies to all plans.

While there is a 3-month free trial, you will only be able to use certain features and not all of them. But during the whole three months, you should be able to find out if the platform is worth the money or not. 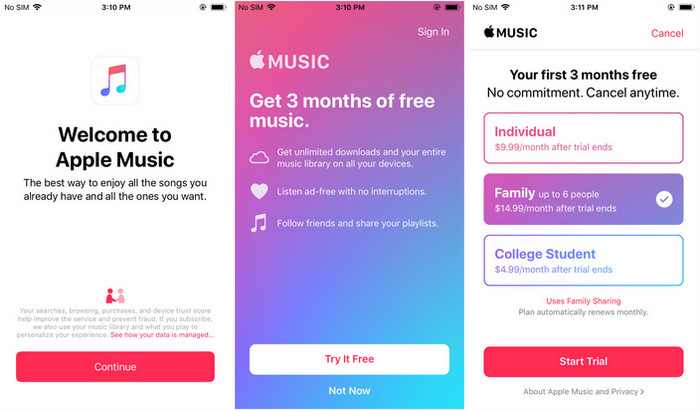 Some of the notable features of Apple Music include Offline Listening, Radio Stations, Personalized Playlists, Podcasts, and more.

While the platform is enjoyable, you will find various issues within Apple Music. One particular issue is the limited access to songs. Due to FairPlay DRM, you can’t extract songs from the platform. Hence, when you cancel your subscription, you won’t be able to listen to songs even if you’ve already downloaded them beforehand.

Part 2. How Does Apple Music Work?

How does Apple Music work? To answer that question, you must understand that the platform is divided into different parts. You can clearly see this division through the five tabs on the platform’s menu bar. These five tabs include:

Of course, aside from the different divisions of the platform, you will also find Apple Music to be rich in features. One such feature that I found to be very useful is its Offline Playback. You can simply download the songs while you have internet and once you’re away from your home, you can listen to those songs in the Library section.

The only thing to worry about is FairPlay. Although FairPlay helps in operating the Apple Music platform, it restricts the movements of the user within the app. One such restriction is that you can’t transfer songs from within Apple Music into external storage drives. But there is a way to keep those songs without compromising your account.

How does Apple Music work? When asked this question, the first thing that pops up in my mind is FairPlay – a DRM algorithm imprinted on songs in Apple Music. By removing them, you’re basically giving yourself full privilege on songs of your choosing. One particular tool that has the ability to remove the FairPlay DRM on Apple Music songs is the TuneSolo Apple Music Converter. Aside from that, this software also offers the following features.

Your first task is to ensure that iTunes is installed on your operating system. After doing so, proceed by opening the TuneSolo software. You will then see a list of titles on the main page. Simply select the songs that you want to convert from this list.

Under the list is the Output Settings. In this section, you can change the properties of the final output such as its codec, quality, format, and likes. I recommend choosing MP3 since it is supported by most media players.

Your last step is to click on the Convert button. This will start the conversion process, so all that’s left is for you to wait until it’s over. You should be able to see the downloaded/converted files on the output folder indicated under the Output Settings section.

There are numerous ways to use Apple Music. So in essence, the question “How does Apple Music work?” can only be answered by you yourself. You can make full use of it using tools like TuneSolo, but you can also play safe by sticking to its built-in features.

Either way, you will eventually encounter issues that may hinder your music-listening experience. So it’s still a good idea to have a basic understanding of the Apple Music platform.

How To See How Many Songs You Have On Apple Music

Why is My Apple Music Not Playing (Answer in 2021)

Ways on How to Get Your Apple Music Back

Apple Music Not Showing Up on iPhone

How to Fix Apple Music Library Not Syncing Issue